Happy New Year to everyone. And let’s hope that 2020 is a spectacular year for us all! 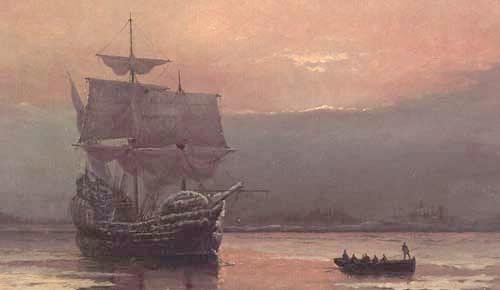 As far as Harwich is concerned, we are all looking forward to the Mayflower 2020 celebrations, which started with the Illuminate Festival at the end of November and continues throughout the year until the November 2020 Illuminate Festival.  Harwich International Shanty Festival has an extra special Festival planned to commemorate the 400th Anniversary of the sailing of the Harwich ship, the Mayflower. For one year only, we run for four days instead of three and we have some special concerts planned over the Festival weekend 8-11 October. 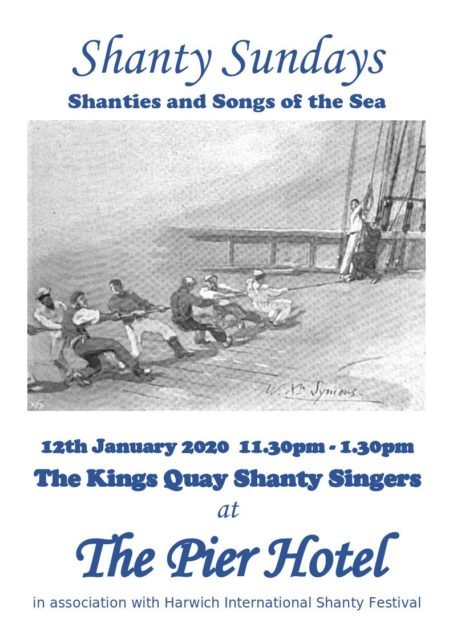 But more of that later in the year. News for January includes the start of Shanty Sundays at the Pier Hotel. The first of these will be held Sunday 12th January between 11.30 and 1.30 p.m. with the interestingly titled Kings Quay Shanty Singers! This is followed by 9th February with the Rattlin’ Winches and 8th March with Naze Shanty Crew. Further dates and names will be confirmed in a later newsletter. A full isting can be found at www.harwichshantyfestival.co.uk/special-events/ 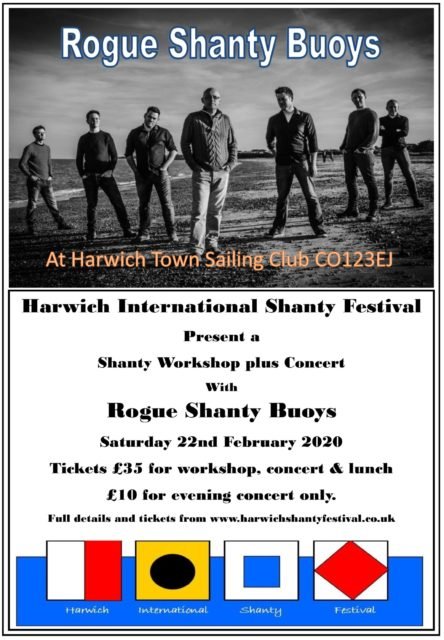 And on Saturday 22nd February, we hold the second of our Shanty Workshops with concert. This year we are very pleased to have the Rogue Shanty Buoys as our Workshop leaders and Guests. The Rogues have performed twice previously at Harwich International Shanty Festival where they went down a storm. Also performing at Shrewsbury Folk Festival, Folk East, Ipswich Maritime and Great Yarmouth, they have gained a huge following since their inception just three years ago. The workshop offers the chance to sing, learn about and perform shanties and maritime music and is suitable for both beginners and experienced singers. Topics include harmony, singing in rounds and parts and different types of shanty for different jobs. Workshop attendees will join the Rogues on stage for part of their evening concert. Tickets are available from www.harwichshantyfestival.co.uk and cost a mere £35 which includes lunch, coffee and refreshments, plus the evening concert. Concert only tickets are £10. 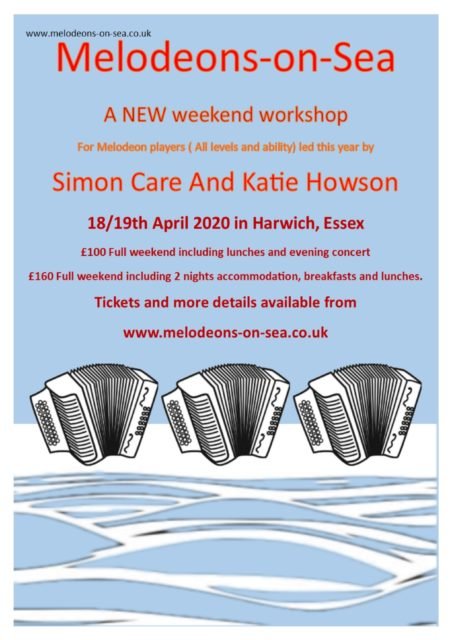 A new venture for Harwich takes place over the weekend of 18/19th April. Melodeons-on-Sea is not part of the Shanty Festival but might appeal to shanty fans. This weekend workshop will feature subjects such as “Playing for Dance”, “Confidence for Beginners” and “Playing with Rhythm and Energy” and is suitable for most abilities. Tutors for the workshops are well known melodeon players Katie Howson and Simon Care and tickets/more information are available from www.melodeons-on-sea.co.uk 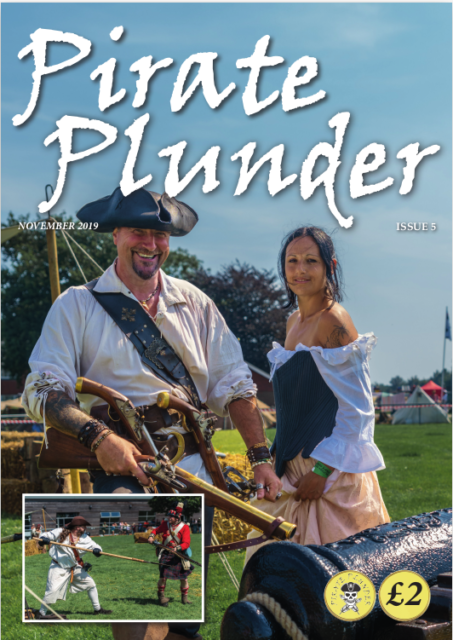 Just a quick notice that the latest edition of popular magazine “Pirate Plunder” is now out and copies will be available from the Ha’Penny Pier Visitor Centre later in the year.

And finally, we are now in the privileged position of receiving literally hundreds of requests to perform at our Shanty Festival. Please do not stop sending them and we promise we look at them all, but unfortunately we cannot of course, fit everyone in. So we apologise if you are disappointed, but some of you at least may be interested in our new Shanty Busking Spots which we introduced last year. Details of performance places and times will be included in our 2020 Festival Programme. 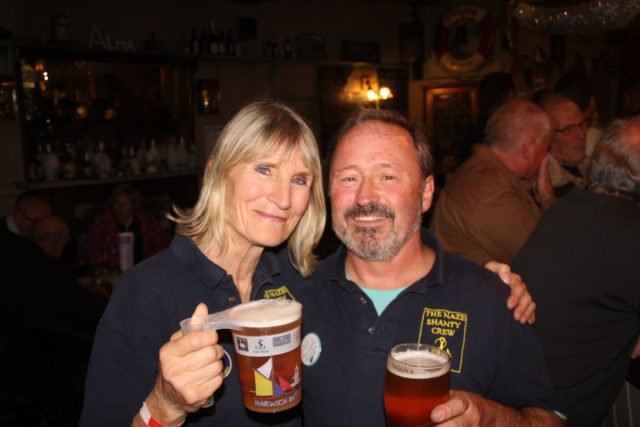